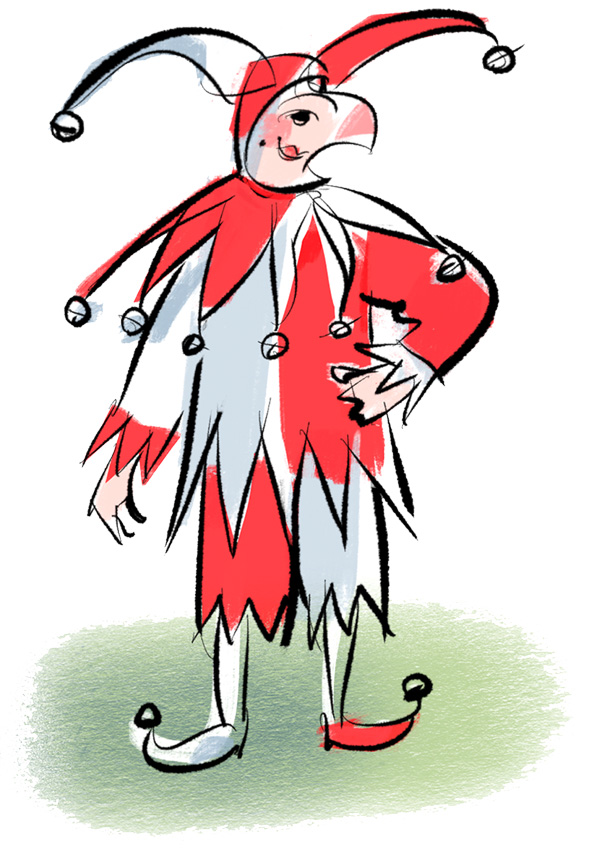 The figure of Ueli takes its look from the middle-ages court jester. The look of the costume mirrors the outfit of a court jester very closely.

Characteristics of jesters in the middle-ages

There is the ‘fools cap’ which is worn. The cap itself has two horns which emulate donkey’s horns. During the middle-ages the embodiment of the donkey, which represented idleness, stupidity and ignorance, in costume form of course immediately made a political statement. Those wearing the costume were at once seen as the maker of the jokes, but also, being in a unique position of making jokes about others.

Today the costume depicting the figure of Ueli is split in half. There is a vertical line down the entire costume. Each side of the costume is a different color. In addition, there are the individual parts of the costume, such as the cap, the collar, the free hanging short shirt, the knee-length pants and the beak-shaped shoes which are adorned with bells.

The distinguishing feature of the mask is its hooked nose.