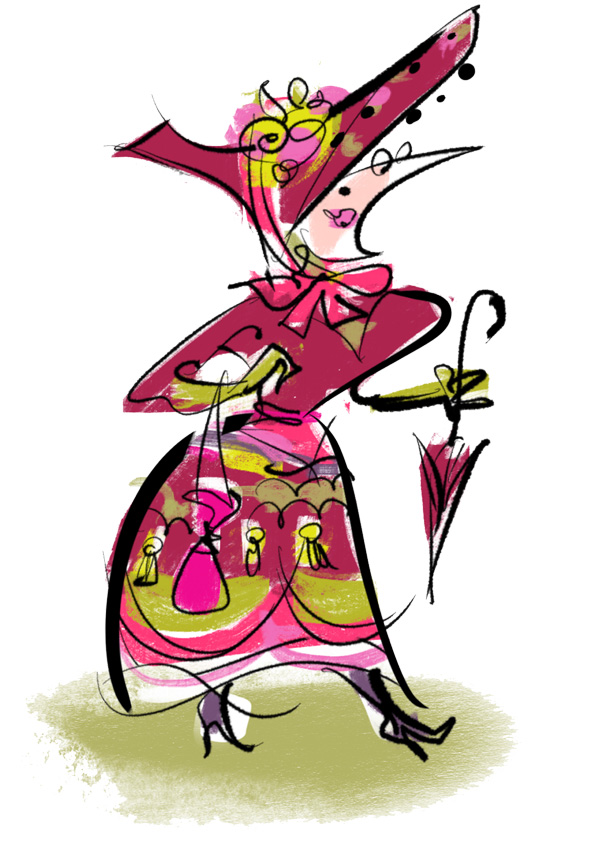 Lady of the Upper-class

The character of the Old Aunt can be traced back to caricatures of older upper-class women who resided in Basel. The figure came to prominence in Fasnacht at the end of the 19 th century and by the beginning of the 20 th century had become a beloved fixture in the procession. The clothing and accessories that accompany the portrayal of this figure come in part from the Biedermeier time period.

The costume itself tends to be made up of an elegant dress or made of a two-piece (a dress and tailored jacket). Usually a blouse is worn under the jacket. Perhaps the most defining part of the costume is the mask which can be identified by the pointed nose (which sometimes has glasses sitting on the bridge) and a pointed chin. A Capotte hat or a Biedermeier hat, which is often adorned with flowers, feathers and other decorations, is also an important part of the costume. Other accessories which add to the effect of the costume are: gloves, an umbrella, old fashioned buttoned boots and a shawl.